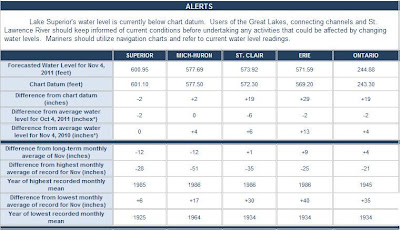 Restoring Lake Michigan-Huron Water Levels:
The history and facts surrounding the significant, 12 years of unprecedented low water levels of Lakes Michigan-Huron are well documented. I have lived on Georgian Bay for over thirty-five years and it is obvious that we are losing wetlands and exposed shorelines have been taken over by the invasive reed Phragmites Australis which is so tall and dense that it provides no opportunity for wildlife or fish habitat.
This water represents over one fifth of the World’s Fresh Water and carries the term “fossil water”, as it dates back 10,000 years to melting of the Glacier Ice Age. Only one percent of this water is renewed annually. But the International Upper Great Lakes Study Board has recommended that nothing be done about the 5.8% increased conveyance in the St Clair River. This loss of water from Lakes Michigan and Huron is over 2 times the diversion of Great Lakes water at Chicago and is a breech of the Boundary Waters Treaty. The gravity of the situation should be obvious. Severe impacts are already raising economic, environmental, biological and social concerns. Time has come to save these Lakes!
Many solutions have been explored. Until recently, submerged, fixed or water-inflated weirs, installed in the St. Clair River to slow the water flow (like a speed bump), thereby backing-up Lake levels, seemed the preferred choice.
Today, the best solution is available. This proven technology consists of a field of 396 submerged electricity-generating turbines, which would be installed on the deep sections of the river bottom of the St. Clair River near the Blue Water Bridge. The technology was invented in the Netherlands and is used extensively there and in Scotland and England to generate power from tidal action.
The Bay of Fundy also has some very large 100 feet wide turbines. . Here, government studies have shown that the presence of a field of these turbines results in no impact on fish or other marine life. The Quebec Government has installed three turbines in the St. Lawrence River near Montreal on final test. Once approved, they will be used to allow communities to become energy independent. Perhaps most importantly, the State of Michigan has provided a permit to an independent private company to install three test turbines in the St. Clair River. The turbines are installed now. They will evaluate if this type of installation can generate electricity profitably. Reputable hydrologists have recently studied what impact the installation of a grid of 396 turbines would have. Their conclusions suggest that if the turbines are installed very slowly, over a 10 year period, Michigan-Huron water levels would gradually increase by approximately 25cm (10 inches) over an 18 year period. Also, during this period water levels of Lakes St. Clair and Erie would decline temporarily  by 5- 8cm (2- 3 inches) over  the first 10 years, then gradually recover to  normal levels by the end of the 18 year period.
This well-proven technological solution provides a well-balanced path to avoid the catastrophic effects of serious, further water level declines in Lake Michigan/Huron. At the same time, this solution generates significant electrical power on a constant rate, 24 hours a day, every day. A green solution that is on the shelf, ready to be implemented.
Thank-you for your consideration and I look forward to further discussion with you on this important issue.
Respectfully,
Joseph Hayward
Tel: 705-443-8684
Email: snowyjoe@rogers.com
--------------------------------------------------------------------
click the hotlink below to return to the website!